From time to time, I participate in MomDot's Small Talk Six, but when I saw what this week's subject was, I had to participate. Why? It's Disney and it's on Walt Disney's Birthday! 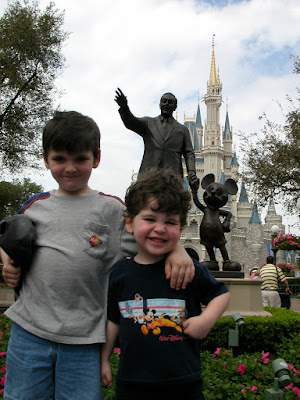 So, six things about my love of anything and everything Disney. (Yes, I will keep it down to six somehow!)

1. My favorite character is Mary Poppins. I love the whole concept of a nanny who makes rooms clean themselves and sings pretty songs to her charges. Her philosophy of "in every job there is an element of fun" is definitely right up my alley. She became my favorite when I was in my very first play in third grade, a bit part in what else? Mary Poppins. 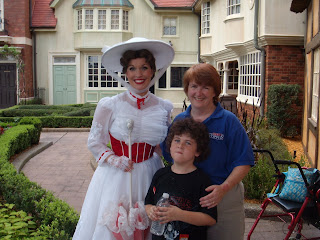 2. My favorite Disney park is Epcot. 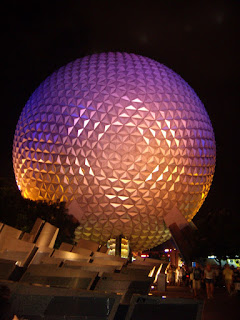 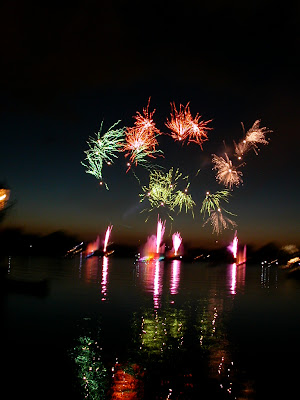 3. Don't make me list just one favorite Disney movie, because I can't do it. Favorite live action is Mary Poppins, which I'm sure really surprises everyone. Favorite classic era animated movie (when Walt was calling the shots) is One Hundred and One Dalmatians, even though Cruella De Vil scared the daylights out of me when I first saw the movie. Modern era is the toughest, but it is either Beauty and the Beast or Hunchback of Notre Dame.

4. I have a collection of Disney antenna toppers. Many of them have been displayed in the vase in my car, though I haven't really done that lately. 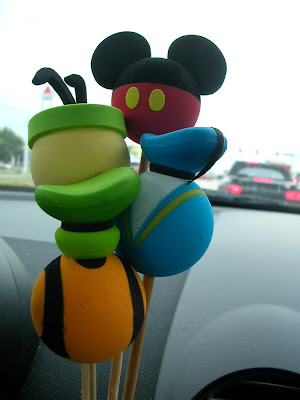 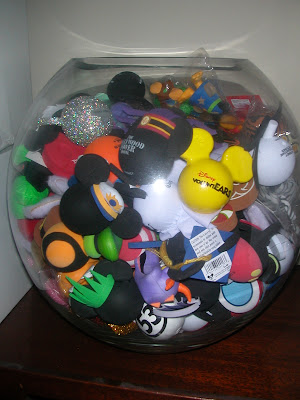 5. How much do we love Disney in this house? If you were to look at the DVD collection, it'd be clear the answer is A LOT! Of the 400 or so DVDs collected since we got a DVD player in 2000, probably 90% are a Walt Disney Company release. Most people probably thought we got them all for the kids...

6. In 2006, we got to travel to the West Coast and the main objective was to visit Disneyland. There is something cool about walking through the park that you know Walt did, too. I am itching to go back and see the things that we didn't get to and also get on the rides I think are better in Disneyland, Space Mountain and Pirates of the Caribbean.

If you want to participate in Small Talk Six, it's easy! Just head on over to www.momdot.com and follow the simple instructions and add your link.

Dianna@KennedyAdventures said…
I am AMAZED at the load of Disney toppers! How could I have forgotten Mary Poppins????
2:55 AM

Unknown said…
I like the way you expanded on the topic! Can I have topper? Thanks for visit
11:48 AM

songbird's crazy world said…
I don't need to tell you how much I love Disney!
3:10 PM

Momma Chick said…
I didn't even think to put attractions at the parks. We are a Disneyland regular in Cali and we have a lot of favorites.

Oh I should have put Captain Hook. When my oldest was little and we went to Dland we would tell her that he was in charge of the Disneyland timeouts. It took her a few years to not believe us.
3:29 PM

Suzanne said…
Dianna and Miss Candy, the collections started and were heavily stocked when I was employed as a manager with Disney for six years.

Daenel, it's funny that it isn't so obvious anymore. I had a friend over for dinner recently and she marveled at the mickey dishes and utensils, because she had no clue I was a big fan.

SB, We know that if they plotted your DNA, those helixes would be mickey heads!

Butterfly, I never even thought to use Captain Hook as a behavior improvement incentive! I do know the whole Jungle Cruise premise that if you leave your kids behind, they'll be placed in "It's a Small World". The DLand one is so much nicer than Florida's.
3:47 PM