Everything is Better With Cheese

We are having a quiet end of 2009 evening, after a last minute visit to the doctor this morning. The fact that I was still having pain, three weeks after surgery concerned his nurse, and over to Tampa we went.

The good news is that it isn't what she'd suspected and is probably due to me wanting to get back into the swing of things. Apparently, I am not sitting on the couch enough. There's another week of rest to follow, and maybe I'll be ready for my first class in a week.

Yesterday, a friend mentioned on her Facebook status about having fondue tonight. Mmmm, fondue. The idea sounded great and the menfolk agreed. Then I called Jane and asked if she was in on it. Apparently, the last time she had fondue was during the Ford administration and she was eager to break the drought. 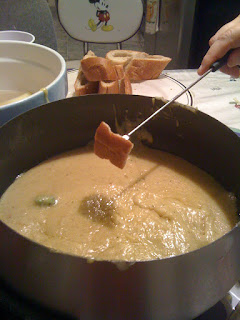 As this is not a meal you can pack up on a plate and bring over to someone, we all headed over and sat around the table, breaking bread, swiping apples and dipping broccoli. Now we are all stuffed with foods that were coated in cheddar and swiss and may or may not be sleeping when 2010 arrives. It's probably better that way. 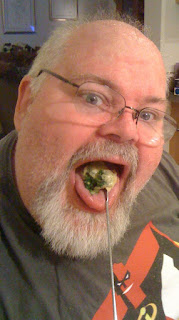 Happy New Year, everyone. May the coming year be all that you hope for.


but that fondue looks yummy!